The misunderstood brilliance of Sherry 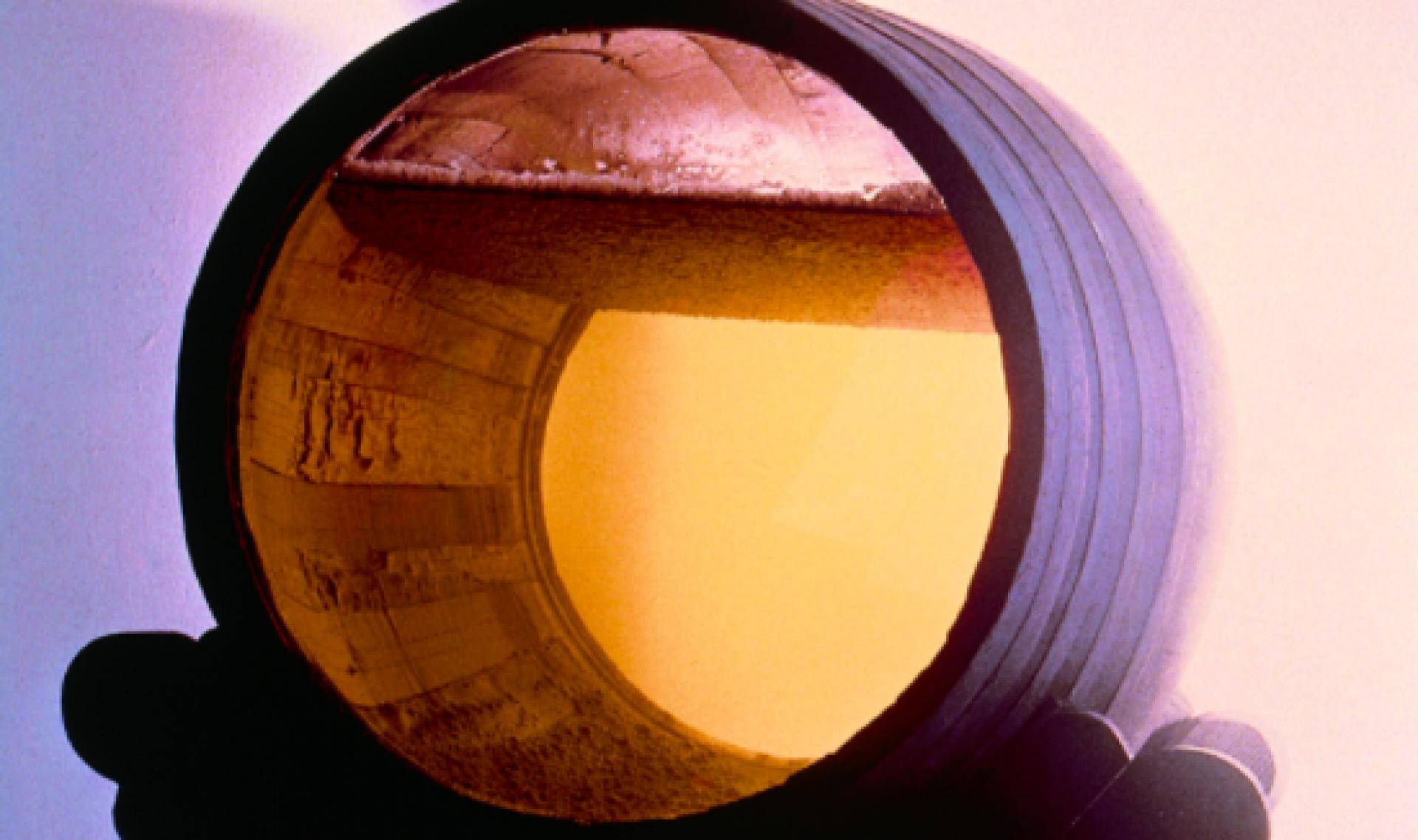 Gone are the days of your grandmother having a bottle of Sherry tucked away in the back of the pantry for cooking, these are serious wines with versatility, power and personality. Bodega Lustau is one of the oldest, most reputable and quality driven producers of Sherry with an diverse range of styles. But, before we get into my enthusiastic rant about why these wines are so amazing, let’s cover some important basics when it comes to Sherry and its production.

Sherry is a fortified wine exclusively coming from the southeastern corner of Andalusia Spain, bottled in the towns within the Sherry Triangle. The major towns are Sanlúcar de Barrameda, Jerez and El Puerto de Santa Maria.

The grapes used for making Sherry are all white varieties and depending on the intended style, a specific grape will be used.

Sherry is famous for making wine using something called the solera system. Barrels are arranged in groups, each with a different age. The final wine is bottled from the oldest barrels at the bottom, which are then topped up with slightly younger wine from the previous stage or criadera, and so on. The youngest criadera receives the new wine from the latest harvest. Important to note is that barrels are never fully emptied.  The law states that only 1/3rd of the contents can be removed at a given time.

We might think of Sherry as something that one’s grandmother or Auntie would sip on, but this isn’t the case. Trendy young somms and wine professionals are seeking out new tastes of this underrated and misunderstood wine. What was once thought of as ‘old’ is becoming new again; sherry is back in vogue and for damn good reason! Most styles are bone dry, and meant to be served chilled – perfect for relaxed, enjoyable and easy drinking.

Sherry’s appeal lies in the huge range of aromas, flavours and styles that it can pair with an endless array of meals, instead of being one of the ingredients.

Cocktail, anyone? Mixologists are having a field day with sherry – whipping up some longer sipping, epic drinks.

The House of Lustau is the only producer who makes Sherry from all three major towns in Jerez, and is one of the best in terms of diversity of styles and quality. The company started in 1896 since then has flourished into a leading producer of Sherry. Their goal is to provide consumers with the widest and most selective portfolio of sherries, brandy, vinegars and vermouth.
There are many examples offered at the SAQ, so no matter what your preference, Lustau will have you covered. Here are a few amazing and affordable styles: 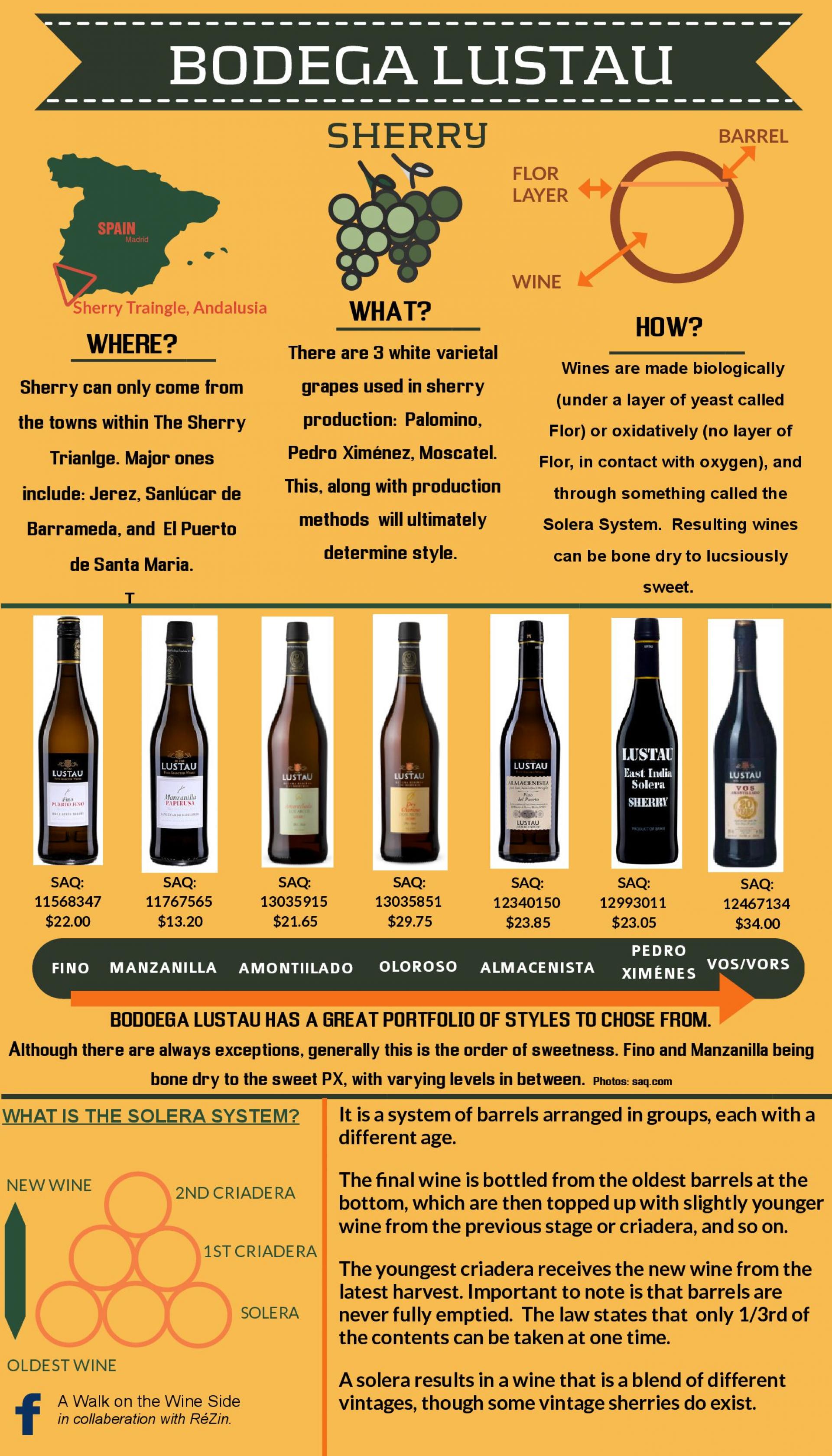 These are lightest and driest styles of sherry – the fine, first pressed juice of the Palomino grape is used here. These wines are made biologically – meaning they are protected from oxygen by flor: a waxy looking layer of yeast that floats undisturbed, resting on top of the wine in the barrel. Manzanilla is a Fino, but comes only from the town of Sanlúcar de Barrameda.

This is a Fino that has lost its flor, so it spends the rest of its development in contact with oxygen. The juice from the 2nd press will be used to make Amontillado, because it’s a little more rustic in character.

These wines are dry, rich and nutty. They develop without a flor layer, so they have contact with oxygen. This means they are more stable, and able to last longer once the bottle is opened.

This is a bit of a mystery wine because there is no official production regulation set by the Consejo Regulador ( Governing body of Sherry). This is a wine who has lost its development of flor, and can be described as something in-between a fino and amontillado style.

Made from air dried grapes, these wines are sweet, powerful and robust. Their fermentation gets cut short so there is residual sugar left in the wine.

These are wines that are made in the same way as Pedro Ximénez, using at least 85% Moscatel grapes. They are very sweet and a perfect match for dessert at the end of a meal. 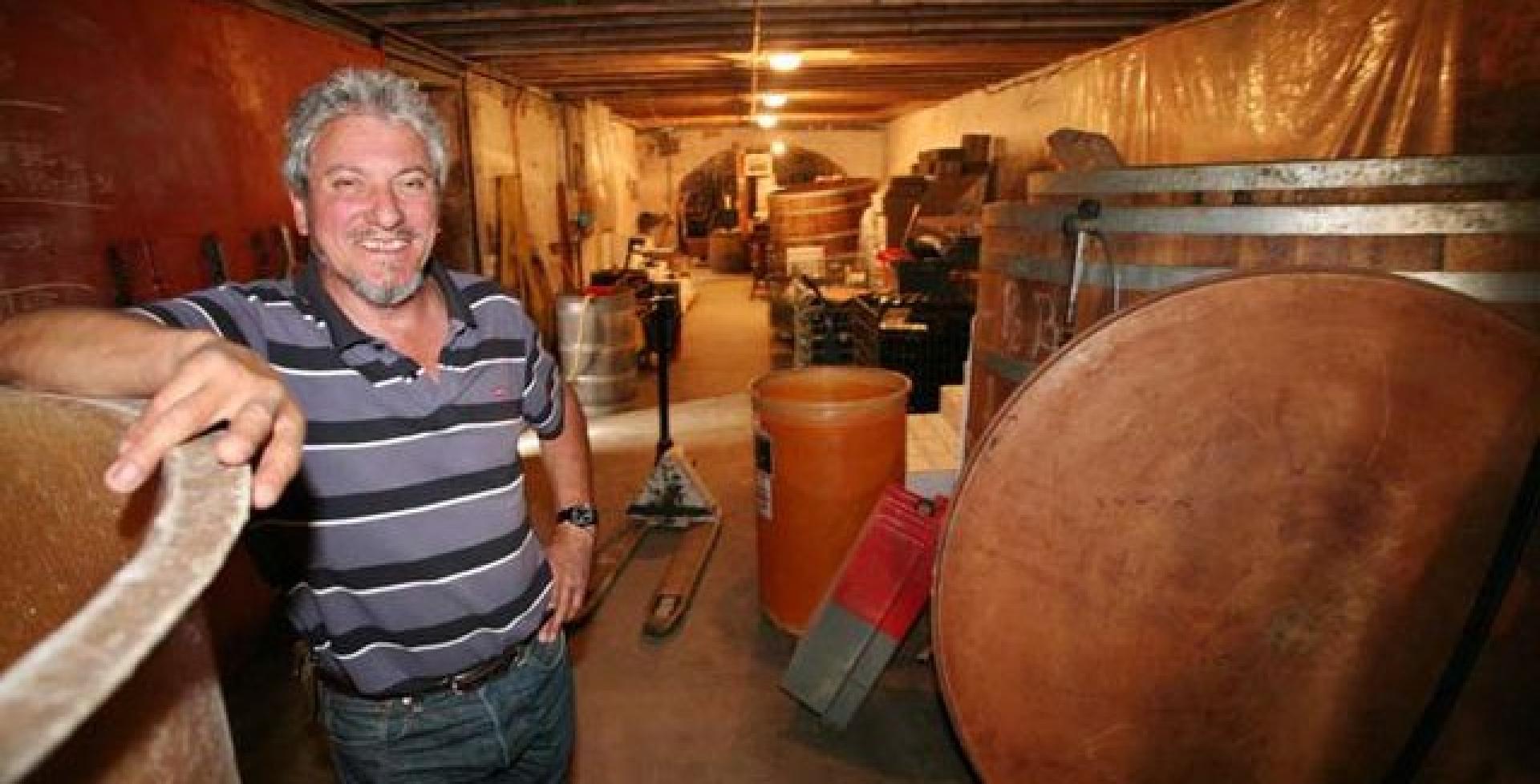