As a chef, David McMillan enjoys a good meal and a glass of fine wine but his real love is modern art. Despite the demands of his job, McMillan finds time to go to his studio in St Henri and work on a startling series of encaustic paintings.

David McMillan looks like a chef. It helps that he is talking loudly about food outside his 1 1/2-year-old restaurant, Rosalie, on rue de la Montagne in downtown Montreal, wearing an apron thrown over a blue and white checked shirt, a pair of khaki pants, and a respectable chef’s belly. "I wouldn’t eat farmed salmon," he states into a cell phone as he paces up and down a few feet from Rosalie’s terrace, oblivious to the business crowd enjoying their lunch. "I wouldn’t even feed it to my cat." This is because, for McMillan, it’s all about quality. Whether he is talking about food, wine, or oil paintings, the 33-year-old chef and painter believes that you have to start with the right ingredients. 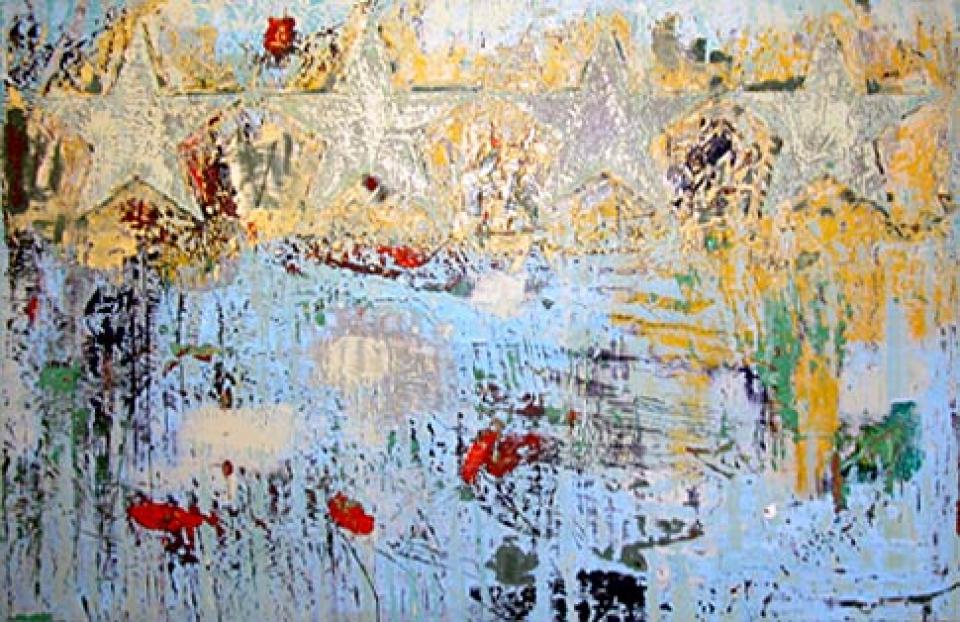 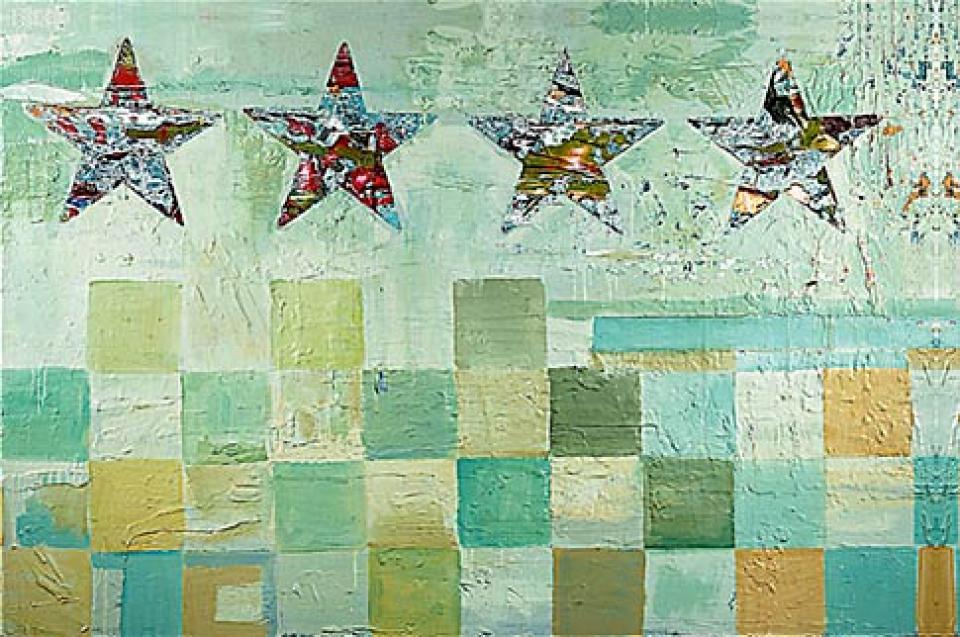 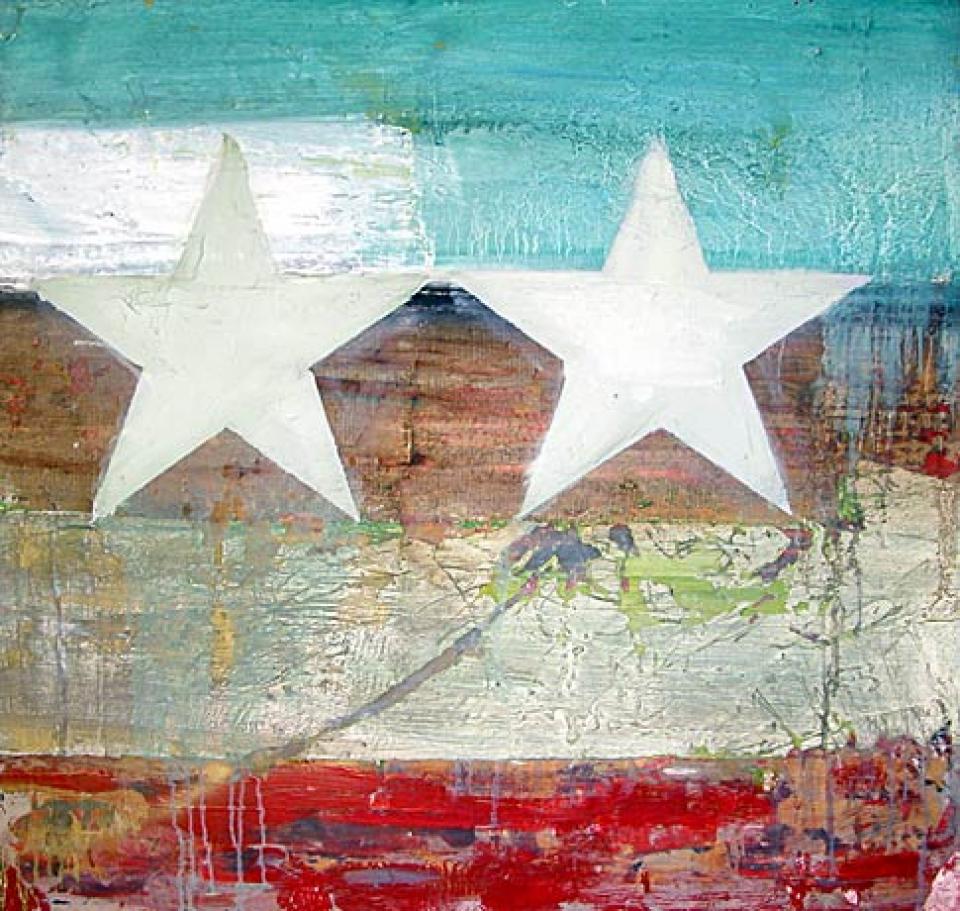 Although he studied creative arts in college (he maintains there was nothing creative about it), McMillan’s first artistic outlet was cooking. Initially an easy escape from the family home, shared with his parents and an autistic brother, the kitchen quickly became more than a sanctuary. "If you work for a chef and you’re good in the kitchen, you know, you get to do internships in France," he says casually. And McMillan is obviously good in the kitchen. As a chef, he gets a lot of positive media attention—more, he claims, than he would like. (According to McMillan, he has recently been written up in the Robb Report, the National Post, the Gazette, and the Journal de Montreal.) "I’m upset that chefs are so in vogue," he explains. "Ultimately I’m a blue-collar worker who has knowledge of food. What I do and what other chefs do will never be more important than what my doctor, my dentist, or people who raise money for charities do. There are so many more noble professions."

Starting from scratch
So what prompted the chef to pick up a paint brush? Bored with reading about food and wine, he no longer feels daunted by any undertaking in the kitchen, McMillan walked into a magazine store one day and came out with a copy of Modern Art and Art Forum. "All of a sudden, here was a subject that I couldn’t speak about," he says. "And I don’t like not being able to talk about a subject." By the time he actually started painting—he has been cooking for 10 years and painting seriously for 8 or 9—McMillan had what he calls "a pretty solid knowledge of modern painting." Unsurprisingly, it was the "recipe books" of painting that really fascinated, and still fascinate, McMillan, who put himself to the task to learn as much as he could about the artist’s tools of trade, a long and sometimes arduous task. "Before you take up a brush and call yourself a painter," he explains, "it’s very important to know what to do with the turpentine, the beeswax, the linseed oil, which oil paint is good, the difference between titanium white and zinc white, and what paint does what when…"

A four-star act
Currently, between the demands of running two restaurants (he is also involved in the trendy Globe restaurant on St-Laurent Boulevard) and starting a family (his daughter Dylan is just 9-months-old) McMillan still finds the time to go to his studio in St Henri to paint. For the past two years, he has been working on his "star series," a collection of 6 x 4 feet encaustic paintings (paint mixed with hot wax applied to the canvas) of small squares evocative of children’s building blocks, reaching up to 4 symmetrical stars splashed across the top of the paintings like a badge of honour. He also has a number of smaller wall installations, deconstructing the paintings into discrete squares and stars, and sculptures, wooden cut-outs of stars that are to be stacked together and mounted on cubes. "The paintings are really site specific," he says of the work. "The most beautiful thing in the studio I’m in are these pillars, flaking eggshell and turquoise paint on wooden beams, with an old star that was hanging there. The paintings are done in that space, for that space."

And although the star theme was accidental, McMillan says he painted the star because it was there, he is not unaware of its potential symbolism. "We all have a relationship to stars," he says. "From getting a star stuck on your work in kindergarten, to football, to rating systems." As a chef, McMillan knows all too well what stars can mean for a restaurant. He digresses: "You never hear of scathing reviews in the Saturday paper of a lawyer or a doctor. It’s really hard sometimes. On top of all the pressure of running a kitchen, someone can write something nasty about you because they didn’t like your vinaigrette."

Making it happen
McMillan knows that he cannot leave the restaurant business just yet—his daughter and his restaurant are too young for him to take the risk—but he hopes one day to dedicate himself more fully to his painting. "I truly believe that if I set my mind to painting like I did to becoming a chef, it will happen eventually," he says sincerely. But a moment later, as if embarrassed by his conviction, he adds: "Saying I want to be a painter full-time is about as weird as saying that I want to play for the Canadiens next season. The chances of either happening are probably about the same. "

Whatever he does, David McMillan wants to do it right. "People come to my restaurant and eat the trout," he explains. "They may or may not like it, but I sleep well at night knowing the trout didn’t come from the freezer." He credits his attitude to a chef he encountered early on in his career: "He told me: ‘Whatever you do in life, do it properly. Whether you’re a cashier in a gas station or a lawyer.' " McMillan took the lesson to heart. "I try to be a good father, a good husband, and a good chef," he says. "And when I go into the studio, I try to put out high-quality paintings with the best material I can use. I do the best I can." 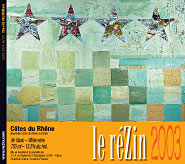